Home » About us » Management Team

Appointed CEO in 2015 with a background within the company as the Head of Latin American Sales. Gisli brings a broad entrepreneurial and business background from management consulting, such as Arthur D. Little, and successful own ventures such as SamSari (trade sale, exit in 2010). Gisli holds a MSc from Stockholm School of Economics and the Johnson Graduate School of Management at Cornell University, NY, US.

Anna was appointed CFO in 2018 and will have an active role in the future development of Surgical Science. She has been working mainly within the life science sector for the past 15 years, with companies like Vitrolife and Q-Med, as both CFO and Director of Investor Relations. She brings with her extensive knowledge about international growth companies and the requirements set upon listed companies. Most recently Anna has been a partner in Eligo, who works with recruitment and executive search.

Daniel started in his role as Head of Development at Surgical Science in 2019, following the acquisition of SenseGraphics. Prior to that he was the CTO and co-founder of SenseGraphics. Starting in the industry in 2000 he has an extensive knowledge in the field of medical simulation and has been the head of software development for a wide range of simulators.

Dr. Jeff Berkley is the Chief Innovation Officer and Founder of Mimic Technologies. Jeff brings decades of experience in the mathematics, engineering and healthcare disciplines focused on technology and virtual reality applications.

Jeff has applied his knowledge of haptic feedback and continuum mechanic-based tissue modeling to surgery simulation. He is a leader in the fields of haptics, surgery simulation and real-time finite element modeling. He is well known as a thought leader through his speaking engagements at academic settings and in print. He has served as a reviewer and authored articles for journals including IEEE Transactions on Visualization and Computer Modeling, Virtual Reality and Electronic Journal of Haptics Research and Medical Imaging.

Jan is a veteran of the VR and simulation industry and a creative and empathic leader with experience in operations, strategy, sales, marketing, and partnership development. Jan was an early employee at Mimic Technologies where he was instrumental in growing the company and establish it as a leader in the robotic surgery simulation space. Most recently he held senior leadership positions with Swedish-based medical simulation companies Surgical Science and SenseGraphics.

Jan holds a Master of Science in Industrial Design Engineering from Luleå University of Technology and earned an MBA with Honors from the University of Washington Foster School of Business. 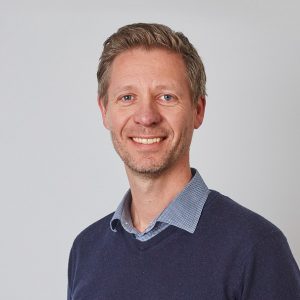 Martin has over 25 years experience working in sales, marketing and management. He began his career in sales in the pharma industry before moving into marketing and communications with Volvo Trucks in 2008. He joined Surgical Science in 2014 as Director International Business Development and became Head of Global Sales in 2021.

Do you want to work with us?